In this webinar we'll introduce you to our activities in both domains, starting with the origins of the Real Virtuality platform created at Artanim. This multi-user immersive VR platform now drives the Location-Based VR spin-off Dreamscape Immersive and its recently opened location in Geneva. We'll go over the research efforts it was built upon, how we try to ensure a sense of presence in VR, as well as the current research challenges we have set ourselves.

From the very start Artanim is also active in the medical domain, particularly in orthopedics and sports medicine, where we collaborate with hospitals and clinics in the region. We'll go over how starting from the reconstruction of a patient's anatomy from medical images, motion capture is used to virtually simulate joint articulations of a patient. The combined data allows us to better understand what happens during joint articulation which is invaluable information when it comes to diagnosis of joint disorders, planning stages of a prosthetic implant, or even the definition of a rehabilitation program adapted to the patient.

Bart Kevelham is Lead R&D Engineer at Artanim. After obtaining a M.Sc. in Computer Science specializing in Computer Graphics from the University of Twente in the Netherlands, he was a research assistant at the University of Geneva for several years. He joined Artanim as a senior researcher in 2012 working on a variety of projects in the VR and medical domain, among which what would eventually become Artanim's Real Virtuality platform. Between 2016 and 2018 he spent time as a senior developer at the Oculus-funded VR game studio OZWE Games in Lausanne, working on such PC and mobile VR titles as "Anshar Wars 2" and the Oculus Go launch title "Anshar Online". He returned to Artanim in 2018 in his current role, where besides overseeing the ongoing R&D efforts his activities are mostly centered around Virtual Reality, markerless motion capture and virtual avatars. 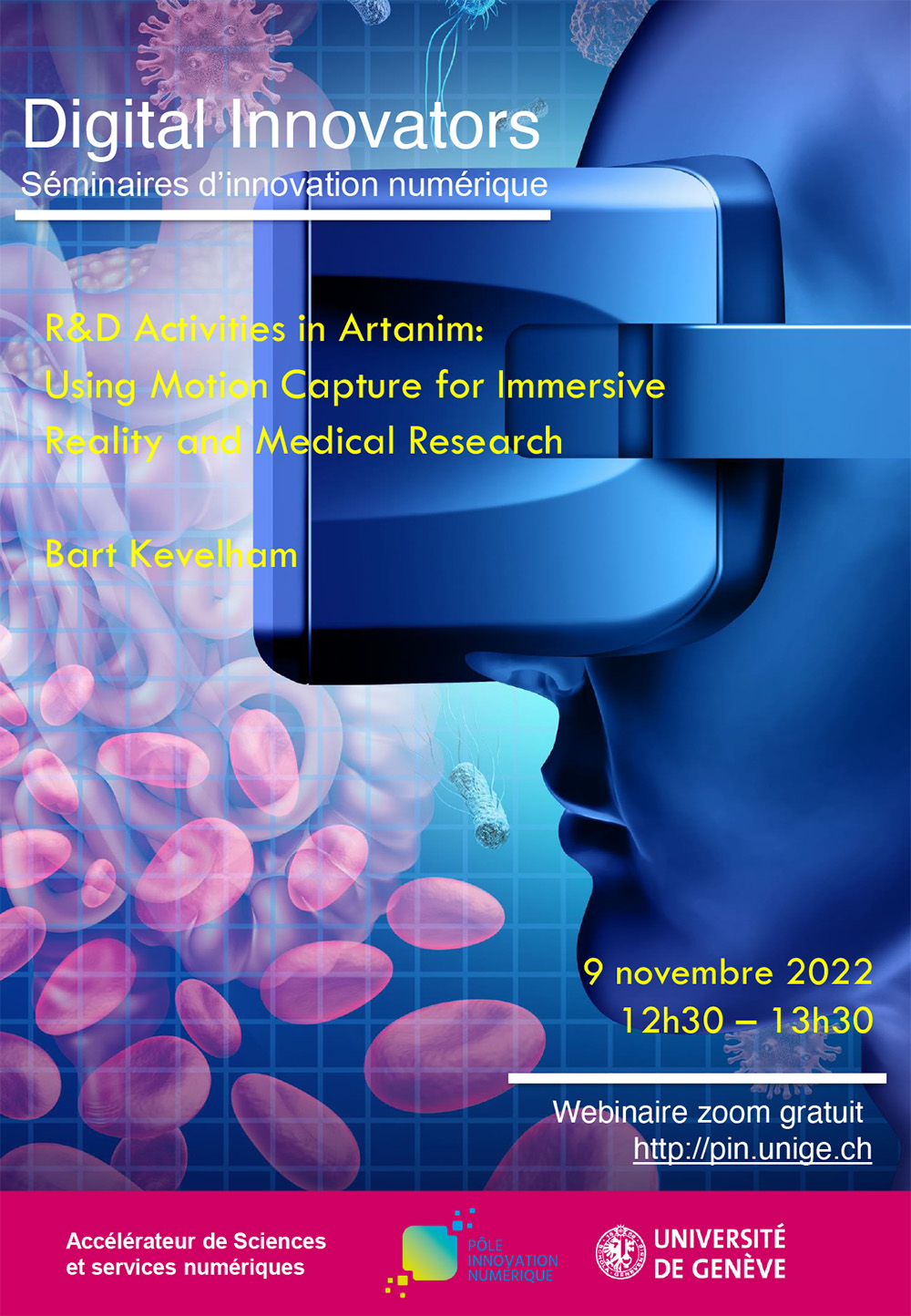